Freiburg is located in the South Western tip of Germany, close to the borders of France and Switzerland. The city with its 214,000 inhabitants is often called the capital of the black forest. Popular opinion says that it is the sunniest city in Germany. Freiburg offers a lot of attractions and a rich cultural life.

The Albert-Ludwigs-Universität Freiburg is one of the oldest universities in Germany. Founded in 1457, it celebrates its 550th anniversary this year.

All restaurants, cafes, and pubs are marked on the map. 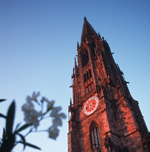 The "Münster Unserer Lieben Frau" (Cathedral of our Beloved Lady) was modeled after the Minster in Basel. Work began around 1200 on the site of an old parish church from the 12th century. The choir, the Late Romanesque transom, the nave and the flanking towers were completed before the death of the last Zähringer duke, Bertold V (1218). In 1220, the plans were revised and construction continued in the Modern Gothic style, which at that time had reached its zenith in France. The west tower - the "most beautiful tower of Christianity"- was finished in 1330. Cathedral reached completion. It is likely that the new building of the Late Gothic chancel was designed by the cathedral master workman Johannes von Gmünd. The cornerstone was laid in 1354. The chancel was not fully finished until 1513, due to political and economic problems in the city and poor management. The Cathedral achieved its present form at the beginning of the 16th century. If you have the guts to climb the Cathedral tower, you'll be rewarded with a breathtaking view.

The "Kornhaus" (granary) on the north-west side of the Cathedral Square was built in 1498 as a place to hold dances and to store and sell grains. In 1944, the Kornhaus was destroyed down to the ground walls. It was rebuilt in its original form (1969-71) under the direction of the architect Herbert Dörr. Today, the house is an arcade with shops, a café, restaurants and office space. The main point of interest is the attractive stair-step shaped front gable with its attic windows. Formerly, items stored in the Kornhaus were heaved out of the storage rooms through these windows.

The "Historisches Kaufhaus" (Historical Merchant Hall) was built in the 16th century. It served as the administrative headquarters for Freiburg's market, customs, and finance offices. At this time, trade was growing rapidly in the city and the duties paid by the merchants who passed through Freiburg were an ever-increasing source of income. Additionally, the merchant house provided a place to store goods. The Historisches Kaufhaus survived both world wars almost undamaged. History has it that on the night of the city's bombing in World War II (1944), the landlord from the adjacent Weinstube saved the Kaufhaus in an unusual manner. Karl Oberkirch extinguished the flying sparks of a fire by dousing them with his wine. Today, the building is mostly used for classical music concerts and receptions.

The "Martinstor" (Martin's Gate) belongs to Freiburg's first city fortifications built at the beginning of the 13th century. It is older than the other remaining fortification tower gate, the "Schwabentor" (originally there were four towers). The Martinstor was joined on the land side to the city wall. The defence passage was six meters above the ground. A twelve meter wide and five meter deep bridged moat was located outside the tower.

Georg Jakob Schneider built the "Colombischlößle" (Colombi Mansion) for the Countess Zea Bermudez y Colombi and her daughters between 1859 and 1861. The house is situated on the former "Saint Louis" bastion, which was torn down in 1744/45. The new "Villa Colombi" was designed in the English Gothic and Tudor styles. The Colombi Mansion became the permanent property of Freiburg in 1899. Since then, it has served as the home of various institutions. From 1947-1952, Land President Leo Wohleb ran the Office of the State of Baden from the mansion. In 1983, the Colombi Mansion became the site for the Museum für Ur- und Frühgeschichte (Museum for Pre- and Early history). The small vineyard which looks out onto the Eisenbahnstraße is the remainder of the "Glacis-Reben" (type of grapevine) planted in 1745 on the ruins of the Baroque fortifications.

The Schlossberg (Castle Hill) in the middle of Freiburg served from 1677 to 1744 as a fortress for the French conquerors. Today, the hill with its wonderful views over Freiburg and Dreisamtal (valley of the River Dreisam) is a very popular destination for excursions. Special attractions are the 35 meter high, recently newly-built lookout tower and the beer garden of the Restaurant Greiffeneggschlössle. 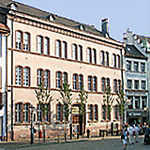 The Adelhauser Museum with its natural history and ethnology departments offers fascinating insights into the cultural history of foreign countries and the special features of our geographic region: In ethnology, this is conveyed by means of everyday objects, as well as art and ritual objects from Africa, Asia, Indian America and the South Seas. In natural history, one can gain interesting information about glistening gemstones, minerals and ores, meteorites, rocks and fossils as well as many insects, birds and mammals. Be enchanted by numerous treasures from the history of the people and their world created over a century. 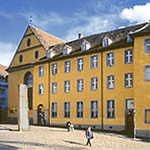 In the middle of Freiburg's Old Town you will find the largest museum of South Baden, the "Augustiner-museum". The former cloistral building of the "Augustiner-Eremiten" with its Gothic cloister and its high church room creates an impressive atmosphere. With its valuable collection of art and culture of the Upper Rhine area, reaching from the mediaeval times to the 20th century, the Augustinermuseum is of national importance. Due to some constructional work, part of the museum is closed at the moment, but most of the collections are nevertheless accessible.

Museum of Ancient and Prehistoric History 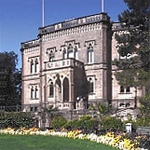 Female statuettes from the Old Stone Age, Celtic rulers' graves, Roman deities, Alemannic jewellery - the Museum of Ancient and Prehistoric History vividly guides through the history epochs of the Upper and High Rhine. Impressive accounts give insights into the culture, religion and everyday life. 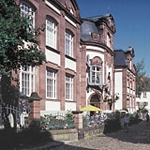 Modern and contemporary pertaining to the region - the Museum of Modern Art pursues this maxim. The museum presents an outlook on the significant art movements of the past hundred years from Expressionism at the start of the century via the New Objectivity of the twenties, the abstract painting of the fifties up to the present-day developments.

In its new location, more than just the history and tradition of the University of Freiburg is now presented. The main focus is on the research work and teachings from the beginning of the 15th century to the present day. As a modern university with over 21,000 students, it today covers virtually all areas of the Arts, Sciences, Applied Sciences and Medicine. Through events, stagings and experiences, a forum has emerged in the Uni-Museum where new teaching and learning units can be presented and an entertaining dialogue with society, culture and business can develop.